CEO Departure
NTDC’s CEO, Maree Tetlow, has advised of her resignation from the role with a departure date planned for mid December 2019.

Maree advised “It is with some trepidation that I advise of my decision to resign as CEO of NTDC.”

“I always intended that the role was a transitionary one to assist the newly structured NTDC to become established. That was in 2016 and three and a half years later I have decided my transition now needs to occur.”

“Once the Regional Economic Development Strategy is finalised which is planned by December, I feel it is time to hand over the role to the next stage of NTDC’s future – which will be all about working with stakeholders throughout the region to implement the priority actions.”

“It has been an exciting three and a half years – you actually have input and influence on how the region will develop into the future.”

“I am fortunate to have worked with a lot of stakeholders in the region over the three years, and I hope I have made some small contribution to the future prosperity of the region. It has definitely been a team effort though, and I want to thank everyone I have the pleasure of working with over this time. There are a lot of amazing businesses and passionate people in our region.” 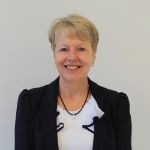 The Chair of NTDC, John Pitt, stated that “it is with regret that I have accepted the resignation of our CEO, Maree Tetlow. “

“Maree has been the driver of the Regional Economic Development Strategy and negotiated the difficult task of securing the support of three levels of government as well as the private sector and other stakeholders. It has been a most difficult process – and it’s to her absolute credit that we have moved the dial as far as we have to this point. Not just the strategic document but the journey we have travelled to gain some agreement on where our economic future lies.”

“She will be missed by NTDC Council Members and stakeholders and we wish her every success for the future.”

Ms. Tetlow advised that “it has been a pleasure to work with John Pitt, the NTDC Board, and small team, as well as Council Members. Their commitment and determination to improve the economic prosperity of the region has been inspiring.”

In regard to her next steps, Ms. Tetlow advised “My husband and I have taken a shareholding in a food manufacturing business, so I am not just doing the talking about the future of the food and agricultural sector, we actually have skin in the game. I will be doing my bit to contribute to the future of the business and still have some time for other interesting projects that might come along.”

The region has a myriad of positive attributes including our natural assets, industry specialisations, and a strong innovative and commercial history.

The Strategy outlines approaches to build on our natural assets, our ingenuity and close community bonds, and empower our people to collaborate and innovate as we further develop our community culture.

The Strategy will be supported by an Implementation Plan which will include prioritised actions and performance measures over the upcoming three-year period and will be updated annually.  This Implementation Plan development is scheduled to commence soon with Council Member officers.

The focus of the Implementation Plan is to work collaboratively and efficiently across all levels of government, community stakeholders and the private sector, to optimise resources and to deliver on the economic vision for the region.

Proposed Northern Prison
The Northern Tasmania Development Corporation (NTDC) has come out in support of the Northern Prison located near the Westbury Industrial Estate. The proposed location presents as an excellent site as it is located adjacent to an active industrial site, very close to the Bass Highway, and central to the North and North West of Tasmania to allow access for workers and families of inmates.

Based on NTDC’s Economy ID Economic Modelling the construction of stage 1 alone over the next five years will deliver about $160M in economic output for Meander Valley and provide 733 jobs presenting as positive impacts for the community.

Acknowledging the community concerns, the State Government’s case study based on New South Wales has reported that initial concerns about decreasing property values were not realised there, and property prices in the surrounding areas experienced an increase in value.

It is understandable that initially residents will be confronted about a new development like this, but once all the facts are understood, NTDC hopes all concerns will be eased. NTDC congratulates Meander Valley Council on their resolve and working to support new industries in the area.

Evidence supported by the Commonwealth Employment’s data based on a survey to Launceston employers states that 50% of highly skilled jobs require the applicant to ‘know or be known’ by the employer.

Many of the jobs in the region are not being advertised and are filled by ‘word of mouth’ by the employer. Then we have new interstate or international arrivals in the region that don’t know where the jobs are nor have contacts with potential employers. We want to use this simple Jobs in Northern Tasmania Facebook page as one of the ways to connect the two parties.
Earlier in 2019, NTDC appointed Edward Obi as the Population Coordinator to actively work in this space. Mr Obi, a skilled migrant from Nigeria, has met with interstate and international immigrants to understand the successes and improvements required in the region.

Mr Obi has established the Facebook jobs board and is working the State Government to leverage the Tasmanian MakeitTasmania campaign to benefit Northern Tasmania. He is also working with the seven Council Members to identify specific job shortages and business opportunities that can be promoted to attract new residents in various areas around Northern Tasmania.

If you or someone you know could benefit from these resources, please contact Edward at edward@ntdc.org.au or visit the Facebook Page by clicking here.

Returning to Launceston
Edward Obi, NTDC’s Population Attraction Coordinator, continues to engage with people like Peter Scully, who was born and raised in Launceston has successfully returned to Northern Tasmania. Edward is learning what attracts people back to the region and what we could improve, and what keeps new entrants in the region.

Peter Scully was born and raised right here in Launceston. He bagged a Bachelor of Science degree from the University of Tasmania and like many young Tasmanian graduates, set his sights for the mainland to live and work. The NTDC through its population program is seeking ways and strategies to retain the existing working population and attract more skilled workers into the region. 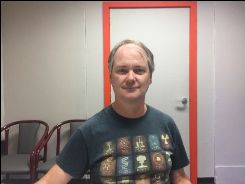 Peter went on to have a good career in the IT sector in Sydney. However, due to the cost of living and quality of life issues, Peter made the decision to return to Tasmania and put his experience to work in Launceston. This is where he founded the Hand Made Apps company which as the name implies, creates apps to solve day to day problems.

Peter operates from the Enterprize co-workspace located in the heart of Launceston CBD where is believes this co-work space has been extremely supportive of his start-up and it encourages knowledge sharing of information of business clusters and community.

His advice to new entrants to Northern Tasmania seeking to start-up a business venture is to find a co-work space and take it from there. According to him, “this will give you the necessary network to start your venture”

Wednesday 6 November 2019 – 5:30 pm – 8:00 pm
Tailrace Centre
Join NatRoad’s upcoming forum to hear the latest industry and regulatory updates and interact with speakers from NatRoad, the National Heavy Vehicle Regulator (NHVR) and hear from local business owners such as Nathan Richardson who will share the challenges faced by transport operators in Tasmania.
This is a FREE event! To register, click here.

UTAS Events
The Latin American Film Festival
25th Oct 2019 to 7th Nov 2019
The Latin American Film Festival (LAFF) is a not-for-profit event, and all screenings are free. A selection of films will be presented in their original language with English subtitles.The LAFF 2019 will be launched on Friday 25th October at 6pm, with Latin food available and entertainment, followed by the screening of the Brazilian Film “Life is a Bitch” Directed by Julia Rezende. Films are unclassified and restricted to viewers 18+.
Click these links for more information: Facebook & PDF
Ethics of Place – A Royal Society of Tasmania lecture
27th Oct 2019 – 1:30 pm
Meeting Room, QVMAG at Inveresk
Dominant modes of contemporary ethics and economics are anti-place. Indeed, the ideas that underpin contemporary ethics – utilitarianism and rights-based models – inform today’s globalised economy and its bias towards metropolitan rather than regional places. This lecture will trace these forces and propose we turn to some pre-modern ideas to address this inequity by re-grounding our ethics and economics in place.
Admission: $6 General Public, $4 Students. Email here to register or get more info.